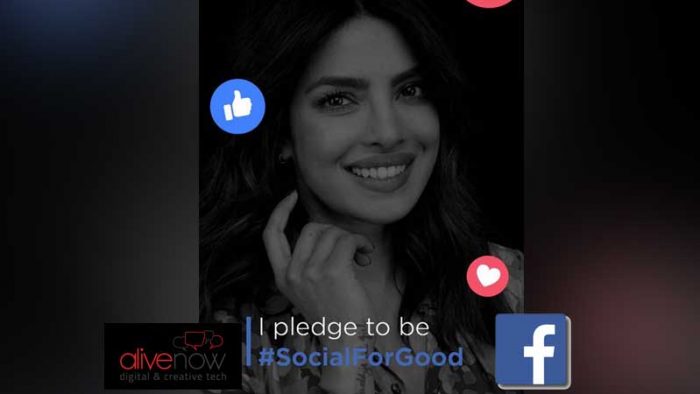 For this event, AliveNow built a Facebook AR Camera experience that enables users globally to record and share their #SocialForGood pledge. Launched directly from the Facebook Camera, upon the press and hold record action, the pledge scrolls up from the bottom of the screen which the user reads.

Commenting on this creative use of AR filters, Adhvith Dhuddu, CEO of AliveNow shared, “When Facebook came to us they had a very clear brief and expectation. Given that the Social For Good event highlights the amazing positive things possible through social media, they wanted a simple, unique and creative way to let users share their pledge as well. With a Facebook AR Camera Effect, we could do just that. Anyone around the world could record and share their pledge and with celebrities sharing their pledges, the impact was amplified.”

User’s can visit Facebook’s Bollywood page: www.facebook.com/Bollywood or click on this link to experience the AR Camera Effect and record their pledge – https://bit.ly/FacebookSocialForGood.