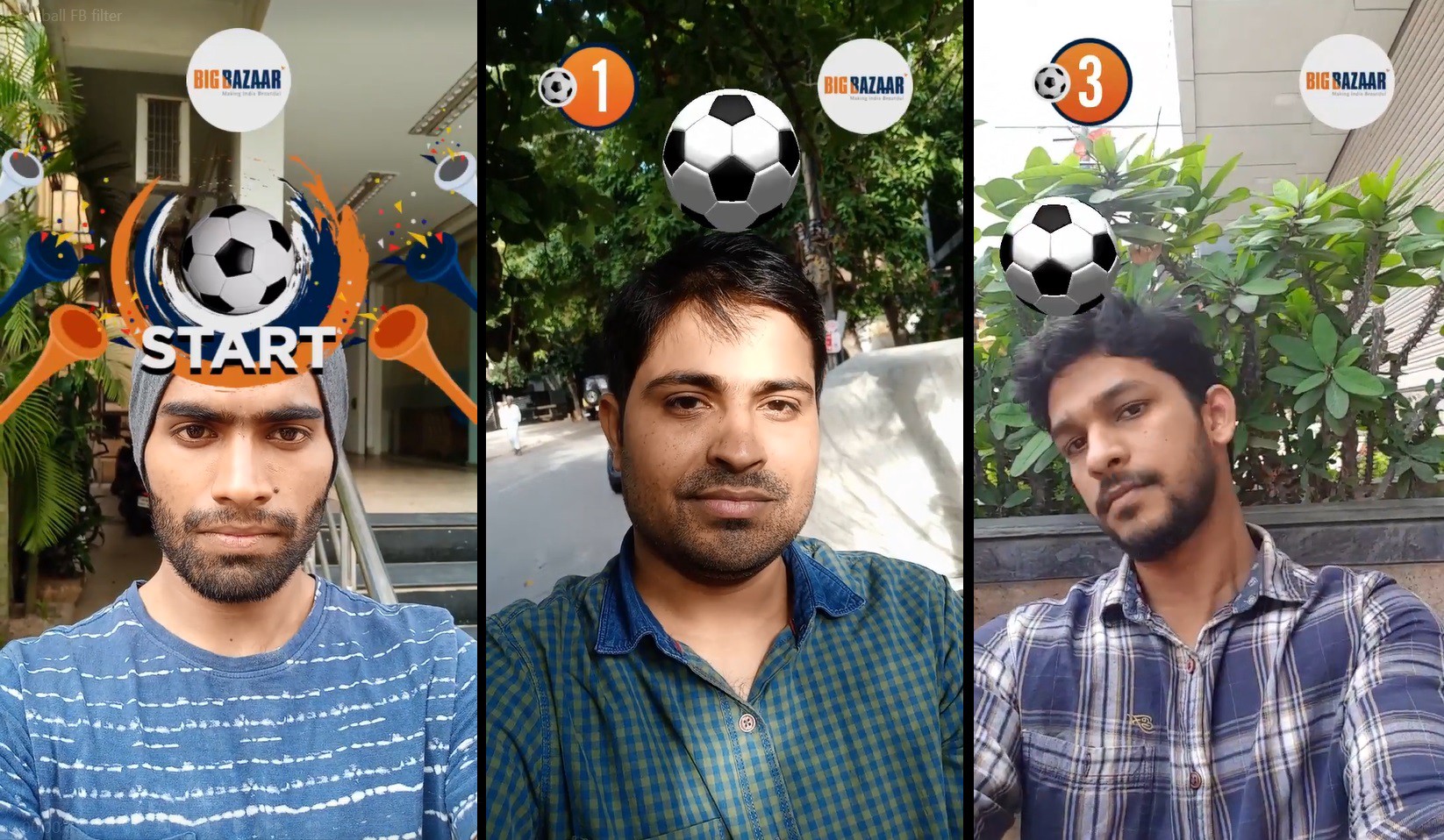 Future Group’s Big Bazaar has launched India’s first Facebook Augmented Reality Camera Game built by Bangalore-based digital and creative tech agency alivenow. Consumed in the Facebook Camera on the Facebook mobile app, there are no clicks, swipes or scrolls, the game is played by literally bouncing the soccer ball on your head. A highly engaging game for the soccer world cup where Big Bazaar is cashing in on the frenzy by integrating this unique digital activation with relevant coupons in the game.

Gamification on social platforms is nothing new but was lacking the much-needed innovation. With smartphone processors getting more powerful to handle AR experiences and Facebook opening the AR platform, Big Bazaar has identified this opportunity to create the perfect engagement with its consumers during the Football World Cup.

Commenting on this innovation, Pawan Sarda, Group Head — Digital, Future Group India said, “After cricket, India has a large number of football fans. Keeping in the FIFA fever, with Big Bazaar AR Camera, all football fans can experience the game through augmented reality. It has been created keeping in mind that a football fan gets to enjoy the game in the real sense. At Big Bazaar, we wanted to engage with our customers during the Football World Cup and create a special experience for them.”

alivenow, who built this AR experience has been at the forefront of creative tech innovation. Last year they launched India’s first facebook messenger bot for the auto industry and their product, newsfeed smartapps has been used by over 400 brands and 100 agencies globally. CEO of alivenow, Adhvith Dhuddu said on this launch, “The way Facebook has expanded it’s AR platform over the last 6 months is amazing! With the ability track facial gestures, hand movements, and interact with 3D objects, it’s opened up many possibilities and we are really excited about building innovative AR experiences for brands.”

To try the Facebook AR Camera Effects game by clicking on this link: https://www.facebook.com/fbcameraeffects/tryit/328914220974374/

Or by visiting https://bit.ly/BigBazaarFootballGame on their mobile device.